Siung Films was founded in 2013 to tell the stories of the peoples of Borneo on the screen. Borneo is the third largest island in the world and to many people it is a place of mystery and magic - beautiful beaches, dense jungles, tall mountains and fierce inhabitants. It is an island of stories and legends and we aim to bring these stories to the world.
Siung Films is passionate about the environment and promoting the United Nations Sustainable Development Goals 2030. As such, part of its corporate social responsibility is to provide quality education for children through their edutainment programmes which focus on the environment, children's welfare and community development.
Jo Luping and Aaron Cowan are Directors and Producers at Siung Film Productions Sdn Bhd. They set the company up in 2013 along with Tan Sri Datuk Seri Panglima Dr Herman Luping.
Tan Sri Datuk Seri Panglima Dr. Herman Luping has been telling stories to his children that incorporate Sabah’s legends for as long as they can remember. Throughout a long and distinguished life in Sabah he has always pushed and encouraged Sabah’s indigenous peoples.
Both Jo and Aaron have been based in New Zealand working in International Film and Television companies for more than twenty years.

AARON COWAN
VFX Executive Producer, Director and Writer
I have worked in the film industry for the last 20 years, with the past 14 years working in visual effects both in New Zealand and in Hollywood. I am currently Executive Producer at BaseFX, Malaysia's largest VFX company. Prior to that I worked as a Digital Producer at Weta Digital, the world’s leading Visual Effects Facility, based in New Zealand. I have been a senior member of various teams that have won four Oscars for Visual Effects and nominated for even more. I have worked with such major directors as Peter Jackson, Steven Spielberg and James Cameron, learning from them as I went. My wife Jo Luping and I have moved to Malaysia for multiple reasons, not least of which is to bring our children closer to their Sabahan heritage. The best way we feel to do this is to help tell stories about their heritage and culture. To that end, we established Siung Films and we are committed to producing local feature dramatic movies based around indigenous stories.

JO LUPING
Director, Producer and Designer
Jo Luping has been working in the creative industry for the past 20 years in film, television and design. Her film highlights include: working on “The Lord Of The Rings” Behind the Scenes documentary, directing an award-winning feature length documentary called “Reframe” that looked at the Palestinian and Israeli conflict through the lens of International Human Rights Law, working with NGO’s such as WSPA (World Society for the Protection of Animals) as Director and developing animations for the World Summit on Sustainable Development in South Africa. She recently produced “Huminodun” a film about the legendary Kadazandusun female Huminodun. Last year she directed and produced “Local Heroes” – a television series highlighting unsung heroes from Sabah. This year she is working with UNICEF and the Ministry of Innovation and Education Sabah to develop educational programmes for children and is in pre-production to co-direct “Pangazou” which means warrior in Kadazan. It is a historical 90 minute feature film about two brothers growing up in the 18th century jungles of Borneo who dream of growing up to be great warriors like their father and is based on the book by her father Tan Sri Herman Luping.
She is an example of Sabah’s melting pot of cultures, being half Sabahan and half New Zealander. She has returned to Sabah with her husband and two children to help develop Sabah’s creative industries.

TAN SRI DATUK SRI PANGLIMA DR HERMAN LUPING
Executive Producer and Writer
Tan Sri Herman Luping is a former lawyer and politician in Sabah. He has published several books including “Sabah’s Dilemma”, a historical account of the development of politics in Sabah since the Colonial days to the present. “Indigeneous Ethnic Communities Of Sabah: The Kadazandusun” is a study on the major ethnic indigenous groups in Sabah. He has also written books retelling local Sabahan stories and legends, “Kadazan Tales & Legends of Penampang District” as well as “Pangazou”, a story that has been adapted for film and is now in pre-production.

BONI MOSIOS
Producer
Boni Mosios wears two hats in our production team. He alternates between being in front of the camera as actor and interviewer as well as behind the camera as Producer. He is a Marine Science graduate with an MBA that specializes in corporate structure and Human Resource. He has directed a documentary titled the “Last Bobohizan of Borneo” under Avicraft Production Sdn Bhd in 2008 and has been actively producing various promotional and campaign advertising videos. Boni is a lecturer, a singer, a composer and a business entrepreneur, and was recently recognized as being an excellent actor when he played the role of Kinoingan in the Huminodun Movie (2017). Boni has also been offered one of the leading roles in the upcoming movie “Pangazou”.

HAZLI BOJILI
Associate Producer / Actor / Script Writer
Hazli is very passionate about health, education and the performing arts. In 2010 he founded the Green Leaf Theatre House Sabah; a formally registered community based theatre NGO. Since then he has directed, written and acted in various plays with one of them winning the "New Malaysian Work Award & Grant" by Kakiseni-JKKN and another selected for the "Asia Youth Theatre Festival" in Singapore. He has also led performances for the organisation during the "Book and Art Festival" in Brasov Romania and "Malaysia Fest" in Sydney Australia. Hazli has been awarded the "Young Generation Award" and "Prime Youth Award" by the Sabah head of state for his contribution to the youths of Sabah and the local art scene.​​​​​​​

ERIC JUMAN
Editor / Production Coordinator
Eric Juman was a student of Creative Reality Center, Sabah taking Video Production, Motion Graphics, and Visual Effects course. Besides that, he also holds a BSc (Hons) in Microbiology. His passion, however, led him to start out as an intern with us and later on proved to be a valuable team member.

BARBARA STEPHEN
Office Manager
With over 10 years of experience in business administration and secretarial duties, Barbara joined Siung Films as Office Manager to get things organised around the office. Received her formal education from SM Stella Maris, UiTM and UNITAR respectively and received one of the Top Achievers award in high school with a distinction in Malay Literature that includes scriptwriting and understanding film as her sub-subjects.
When she’s not behind the desk burying herself in paperwork, she likes to read and watch movies and be the nerd who loves to check out film commentaries, BTS and blooper reels.
PRESENTERS:

ALEXANDRA ALEXANDER
Alex Alexandra has been working with Siung Films since 2017 when she was awarded with the lead role of Huminodun, Sabah’s first Kadazan language movie. Since then she has presented in the series “Borneo Jungle Diaries” and the first four episodes of Local Heroes. She will also feature alongside Adam Shamil in a childrens educational TV show entitled “Trish & Trash” – the series aims to teach children important life skills such as empathy and responsibility. She is also set to play one of the lead roles in the upcoming feature film “Pangazou”. When she is not acting, Alex is studying her Bachelor of Education.

ADAM SHAMIL
Adam Shamil rose to popularity with his video Get It Right and Son Bullies Grandmother and is the first person from Borneo to be chosen to attend YouTube Summit in Los Angeles, California. From being among the top Youtuber influencer in Malaysia, he has been doing emcee, video work collaboration and also casting for film. He will also feature in our upcoming children’s educational tv show ‘Trish And Trash’ and feature film ‘Pangazou’. He studied Television Broadcasting at University of Nottingham Malaysia Campus and even speaks Mandarin besides English, Malay and Kadazan proficiently.
FILM PARTNERS:

VALENTINE CHONG
Cinematographer / Assistant Camera
Valentine Chong is a highly creative and dedicated Cinematographer with an excellent record of production service. He also holds a BSc in Architectural Studies from Limkokwing University of Creative Technology. He has been working with Siung Films since 2017 as Director of Photography for Huminodun, Local Heroes and Trish & Trash.

ANDY WONG
VFX artist
Andy Wong's VFX careeer started in 2011 in a small company in Sabah.
In 2014 he became a freelance VFX artist and worked on films such as Kapsul 2014, KRON 2017, Huminodun 2018 and Buntat 2019. He is currently working on Pangazou 2019 and is one of our key VFX freelance partners.

RITA LASIMBANG
Kadazan Language Dialogue Coach
Ms. Rita Lasimbang is the Chief Executive Officer of the Kadazandusun Language Foundation (KLF) after serving as a curator at the Department of Sabah Museum. Ms. Lasimbang has a B.Sc (Hons.) in Botany from the University of Malaya, Kuala Lumpur, and an M.A. in Linguistics from the University of Texas at Arlington, USA. She has been instrumental in providing consultation on Kadazan language as well script translation and dialogue advice. She was involved in Huminodun , the first Kadazan language film, in casting as well as on set. She continues her passion to promote the Kadazan language through the development of the Kadazan Language App. The App was funded by the proceeds of the Huminodun movie premiere.​​​​​​​​​​​​​​
AFFILIATED ORGANIZATION: 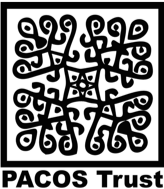 RIPPLE
RIPPLE is an NGO based in Sabah whose motto is “small actions lead to big changes”. The key areas RIPPLE is focusing on are Environmental Care through waste management, Community Development and Education. RIPPLE aims to provide communities with employment opportunities through their waste management-upcycling programmes. They believe that education is fundamental to help modify behavioural patterns and so have partnered with Sabahan film company Siung Films to develop educational videos that will focus on teaching children about environmental issues such as the importance of recycling, reducing and reusing.
↑Back to Top